bf1systems Team Up With Guy Martin For Series 3 Of Speed

An innocuous email asking if bf1systems could supply TPMS for a "specialist race vehicle" turned into one of our most unusual ever projects as we team up with Guy Martin to supply TPMS for his Transit van, entered in the world's fastest road race!

Early in 2016 bf1systems was asked to supply TPMS for Series 3 of Guy Martin’s Speed series, with the plan being that Guy’s written off Transit van would be converted into something capable of taking on the fastest road race in the world, and averaging 150mph over 90 miles.

“After we received the initial email from the producers, and then listening to them describing what they were aiming to do, it was a very easy decision to jump onboard with supplying TPMS for this.” says James Shingleton, Business Development Director at bf1systems. “The main aim with having TPMS installed for the project was to keep Guy safe, and to warn him of any loss of pressure from any of the tyres as quickly as possible to try and prevent a catastrophic tyre failure.”.

The request to supply TPMS came quite late in the project, and as a Transit van was not a vehicle that bf1 has experience of installing TPMS on before, it was decided that the best way forwards was to select the components that would be installed on the van, then take all of the equipment down to Krazy Horse where the van was being assembled, and have two bf1systems trained technicians install the system straight onto the van.

Ensuring that Guy had a visual warning of problems with his tyres was critical, so the standard Transit media system was removed from the van, and the bf1systems Composites department made up a new fascia into which was fitted a bf1systems TPMS display. The display provides direct readings of the pressures and temperatures of the tyres on the vehicle, and has colour LEDs around the outside which are illuminated in case of a warning, to provide a clear visual indicator to the driver. The display is widely used in motor racing, on cars such as the Nissan GT-R GT3.

“When we initially spoke with the producers they were quite concerned about whether a TPMS solution would be available in a short space of time to survive the planned average speed of 150mph over 90 miles” says Shingleton. “When we informed them that we would simply re-use the same wheel sensor as we supply to customers such as Bugatti for the Veyron, they seemed to relax quite quickly as they knew that they were getting products that were more than up to the task.”.

Although the call to install the TPMS came fairly late in the project, one of the hurdles that the bf1systems engineering team faced when they visited Krazy Horse was that a lot of the fabrication on the van was not complete, and for example the whole rear section of the roll cage had yet to be installed. To remove the risk of damage to the motorsport spec wiring harness that was being installed to control the TPMS, the wiring harness was mocked up onto the van, then terminated and not fully fitted during the first visit. A subsequent visit after the roll cage had been fully installed and other key components fitted then took place, where the TPMS was fully installed, commissioned and the warning limits for the system set up after discussion with the engineering staff who were looking after the van.

In addition to the TPMS on the van, a hand-held TPMS reader was supplied to the team to allow them to wirelessly check the tyre pressures and temperatures at any time, without having to switch on the van.

As can be seen in the show, the tyres used on the van changed in size quite significantly as the van completed the 90 miles and it was critical for both the driver and co-driver  to keep an eye on the pressures.

If you missed the show and are located in the UK, you can watch it at http://www.channel4.com/programmes/speed-with-guy-martin/on-demand/62955-001 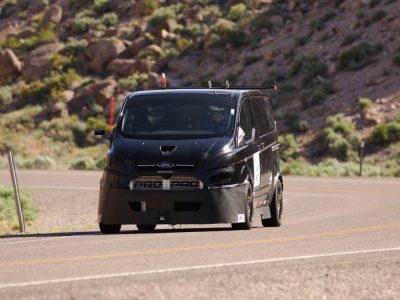 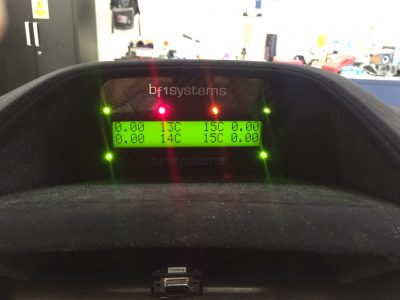 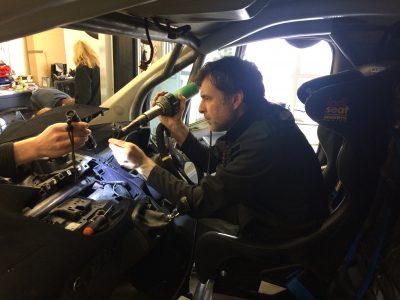 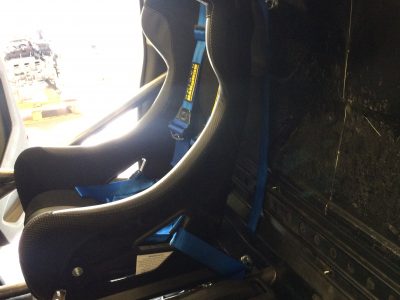 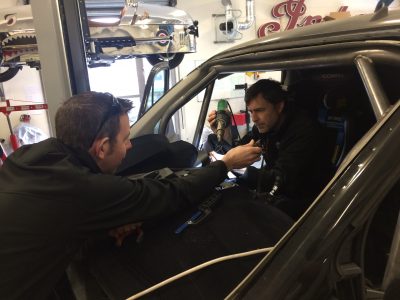 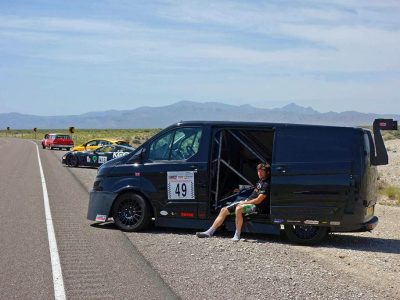