bf1systems, an engineering firm developing advanced electronics for motorsport formulae around the world, is pleased to announce they have become the sole supplier of the Tyre Pressure Monitoring System (TPMS) to the V8 Supercar Series in Australia.

bf1systems’ Tyre Pressure and Temperature Monitoring Systems are used extensively around the world, in series such as F1™ (Formula One), Le Mans, IndyCar, Rally Raid, GT Racing and on the world’s fastest road cars from manufacturers such as Bugatti, McLaren and Pagani.

The new supply agreement means that from the Perth round of the V8 Supercars (1st – 3rd May) every car will feature bf1systems’ TPMS. The rationale behind the mandating of the system is primarily a safety one, so deflating tyres can be detected before a serious incident is triggered. However, the TPMS also links into the series’ electronics, and teams have identified they will have live information about pressures of the Dunlop hard and soft control tyres fed back to the pits via telemetry for the first time.

The TPMS fitted to every car allows the series to check that all competitors are observing the minimum tyre pressure, and with series officials also being supplied hand-held Mini Analysers, they will be able to perform spot checks to ensure that all wheel assemblies meet this minimum pressure requirement.

Previously, with sensors not allowed, teams could only gauge hot tyre pressures after a session or race, limiting their understanding of the series’ Dunlop tyres. “It will be a pretty cool and interesting thing just from a learning point of view” comments Red Bull Racing Australia team manager Mark Dutton.

“bf1systems have been manufacturing TPMS products for over 10 years now, and the market has continued to grow throughout this time,” says James Shingleton, Business Development Director at bf1systems. “We are thrilled about being selected as the supplier to Australia’s premier racing series, and can’t wait to see all the cars up and running with the system in Perth”.

To officially launch the new partnership, bf1systems engineers will join the teams and series in Perth, offering training and support over the course of the race weekend.

“We have gone from being asked to supply 25 cars with TPMS, to actually having all the cars on the grid in under five weeks, which with a five working day shipping time for parts from the UK to Australia, has been a challenge” says Shingleton, “Due to the levels of stock we hold and the efficiency of our production departments, we have had all the parts, which includes over 600 wheel sensors with the teams in plenty of time to allow them to assemble the equipment onto the cars, test it and then ship their cars to the race in Perth.” 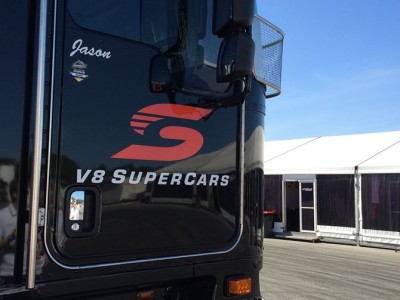 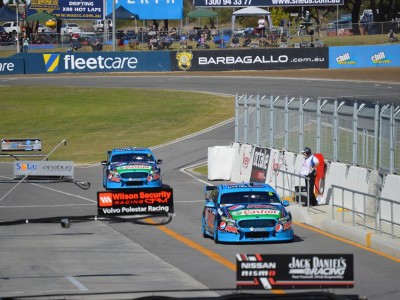